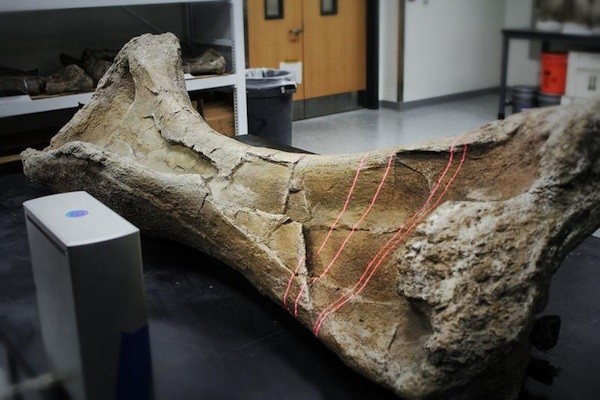 3D printers, 3D scanners and robotics are usually more than enough on their own to get us interested in something, but a team of researchers at Drexel University have played one other big trump card with their latest project — they’ve thrown dinosaurs into the mix. As you can probably surmise, that project involves using a 3D scanner to create models of dinosaur bones, which are then reproduced (at a somewhat smaller scale) using a 3D printer. The researchers then hope to use those to build working robotic models that they’ll use to study how dinosaurs and other prehistoric animals may have moved and lived in their environments. That work will start with a dinosaur limb that they expect to have completed by the end of the year, after which they say it will take a year or two to build a complete robotic dinosaur replica.