Enlarge / James Dyson at the “James Dyson Award 2007” ceremony in Berlin. (Photo by Franziska Krug/Getty Images) (credit: Franziska Krug | Getty Images) To most people, the name Dyson conjures up images of vacuum cleaners and those powerful air dryers in public restrooms. Soon, you might be able to add “electric cars” to that list. In an e-mail to his staff, James Dyson revealed that the company has started work on a battery electric vehicle. According to the message , the project is expected to cost at least $2.7 billion (£2 billion), and, if all goes to plan, the EV should be launched in 2020. James Dyson just announced to @Dyson employees that we’ve begun work on a battery electric vehicle, due to launch in 2020. pic.twitter.com/yUZNvIsYIi — Dyson (@Dyson) September 26, 2017 The EV project is already 400-strong—that number includes some veterans of Aston Martin, Tesla, and BMW —and is “recruiting aggressively.” As Autocar notes, last year Dyson received a $21.4 million (£16 million) grant from the UK government. That is part of an ongoing strategy to provide funding to many of the country’s small-volume manufacturers and suppliers. Morgan, that most traditional of car makers, is one such recipient, as is another sports car outfit, Ariel . The BBC reports that half of the $2.7 billion investment will go toward developing the batteries for the EV, with the rest spent on the vehicle itself. Nor should we expect something cheap and cheerful, as Dyson is targeting the “tech end” of the market. According to Bloomberg, the car will use solid-state batteries , not lithium-ion. Recently, VW Group also committed to developing solid-state batteries for EVs. Read 1 remaining paragraphs | Comments

Taken from:
Dyson says it will spend $2.7 billion developing an electric car 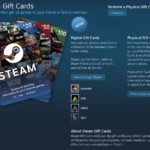