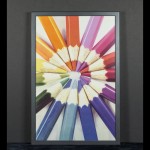 There’s a small glimmer of hope for the seemingly doomed dream of color electronic paper . E Ink, which helped pioneer ePaper by providing the technology for Amazon’s Kindle, announced today that it’s finally developed a display that can show up to 32, 000 colors. Dubbed Advanced Color ePaper (ACeP), it’s a huge leap above the company’s aging Triton tech , which could only display around 4, 000 colors. Basically, it’ll be clear enough to be practically indistinguishable from color printed onto real paper. But don’t get your hopes up for an e-reader with ACeP just yet — for now, E Ink is positioning it for in-store signage as 20-inch panels. While it’s just as low-power as you’d expect, ACeP isn’t as sharp as E Ink’s black and white technology yet, which can reach up to 300 pixels per inch. ACeP only has a resolution of 1600 x 2500 pixels, which clocks in at 150ppi. It also takes a full two seconds for the display to refresh. Still, ACeP is a significant move for E Ink, which for years has been struggling to develop color displays that can go against increasingly sharp OLED and LCD screens. With Qualcomm’s Mirasol technology floundering, ACeP could end up being the color ePaper solution we’ve been waiting for. Source: E Ink (PR)

Link:
E Ink announces a color breakthrough, but it’s only for signs 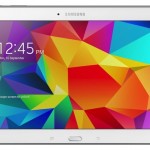