New submitter rHBa sends this article about another high-profile email account breach: “The apparent hack of several e-mail accounts has exposed personal photos and sensitive correspondence from members of the Bush family, including both former U.S. presidents. The posted photos and e-mails contain a watermark with the hacker’s online alias, ‘Guccifer.’ … Included in the hacked material is a confidential October 2012 list of home addresses, cell phone numbers, and e-mails for dozens of Bush family members, including both former presidents, their siblings, and their children. … Correspondence obtained by the hacker indicates that at least six separate e-mail accounts have been compromised, including the AOL account of Dorothy Bush Koch, daughter of George H.W. Bush and sister of George W. Bush. Other breached accounts belong to Willard Heminway, 79, an old friend of the 41st president who lives in Greenwich, Connecticut; CBS sportscaster Jim Nantz, a longtime Bush family friend; former first lady Barbara Bush’s brother; and George H.W. Bush’s sister-in-law. ” Read more of this story at Slashdot.

Popcorn Time, the Netflix of Piracy, Has Already Shut Down 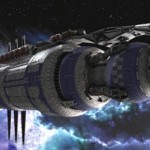 J. Michael Straczynski wants to reboot Babylon 5 as a big-budget...