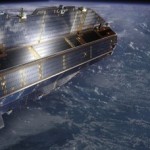 Artist’s impression of GOCE satellite. European Space Agency Last year, we reported on some mysterious booms in a small Wisconsin town that turned out to be small earthquakes. While it was an unusual story, it’s actually not that uncommon of an occurrence. Early in the summer of 2001, folks in Spokane, Washington started reporting similar booms. The sounds continued, off and on, for about five months. The mystery didn’t last long, as the earthquakes responsible were picked up by seismometers in the area. (A particularly loud one that took place exactly one month after the September 11, 2001 terrorist attacks in New York did rattle some nerves, however.) In total, 105 earthquakes were detected, with a couple as large as magnitude 4.0. For most of them, there wasn’t good enough seismometer coverage to really pinpoint locations, but some temporary units deployed around the city in July located a number of events pretty precisely: the earthquakes were centered directly beneath the city itself. While a dangerously large earthquake is pretty unlikely in Wisconsin, the possibility can’t be ignored in Washington. The 2011 earthquake in Christchurch, New Zealand was only a magnitude 6.3, but the damage was extensive because the epicenter was so close to the city. In L’Aquila, Italy, a swarm of small earthquakes in 2009 was followed by a deadly magnitude 6.3. (The poor public communication of risk during that swarm netted six seismologists manslaughter convictions .) Read 10 remaining paragraphs | Comments 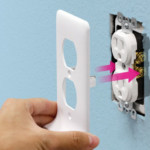