On the Guardian right now NSA whistleblower Edward Snowden is answering live questions from the world at large. 1) First, the US Government, just as they did with other whistleblowers, immediately and predictably destroyed any possibility of a fair trial at home, openly declaring me guilty of treason and that the disclosure of secret, criminal, and even unconstitutional acts is an unforgivable crime. That’s not justice, and it would be foolish to volunteer yourself to it if you can do more good outside of prison than in it. Second, let’s be clear: I did not reveal any US operations against legitimate military targets. I pointed out where the NSA has hacked civilian infrastructure such as universities, hospitals, and private businesses because it is dangerous. These nakedly, aggressively criminal acts are wrong no matter the target. Not only that, when NSA makes a technical mistake during an exploitation operation, critical systems crash. Congress hasn’t declared war on the countries – the majority of them are our allies – but without asking for public permission, NSA is running network operations against them that affect millions of innocent people. And for what? So we can have secret access to a computer in a country we’re not even fighting? So we can potentially reveal a potential terrorist with the potential to kill fewer Americans than our own Police? No, the public needs to know the kinds of things a government does in its name, or the “consent of the governed” is meaningless. The whistleblower behind the biggest intelligence leak in NSA history will be live online at 11am ET/4pm BST to answer your questions about the NSA surveillance revelations

Secret of Qwerty is a ‘typing RPG’ that will steal your... 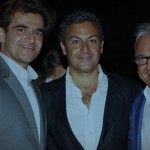