Egypt’s Naval forces claim they have captured three scuba divers who were trying to cut an undersea Internet cable in the Mediterranean. Col. Ahmed Mohammed Ali said in a statement that the divers were caught while “cutting the undersea cable” of Telecom Egypt. Internet services have been disrupted since March 22 in Egypt. From the article: “The statement was accompanied by a photo showing three young men, apparently Egyptian, staring up at the camera in what looks like an inflatable launch. It did not have further details on who they were or why they would have wanted to cut a cable.” Read more of this story at Slashdot. 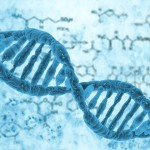