mknewman writes “Elon Musk intimated that more-powerful batteries could be on the way for the Model S. The most potent battery pack currently offered in the Model S holds 85 kWh of juice, or enough for 265 miles of driving. Musk wasn’t terribly specific, however: ‘There is the potential for bigger battery packs in the future, but it would probably be maybe next year or something like that. The main focus is . . . how do we reduce the cost per kWh of storage in the battery pack?’ In other words, Musk seems less concerned with stronger battery packs than making cheaper battery packs for the upcoming mid-size sedan, which is expected to be unveiled at the 2015 Detroit auto show. ‘Our goal is to drop the cost per kWh by 30 percent to 40 percent.'” Read more of this story at Slashdot.

Continue reading here:
Elon Musk Says Larger Batteries Might Be On the Way 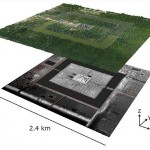