New submitter kju writes “The security blog of Verizon has the story of an investigation into unauthorized VPN access from China which led to unexpected findings. Investigators found invoices from a Chinese contractor who had actually done the work of the employee, who spent the day watching cat videos and visiting eBay and Facebook. The man had Fedexed his RSA token to the contractor and paid only about 1/5th of his income for the contracting service. Because he provided clean code on time, he was noted in his performance reviews to be the best programmer in the building. According to the article, the man had similar scams running with other companies.” Read more of this story at Slashdot. 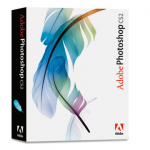