Bruce66423 brings word that a terrorist’s WhatsApp message has been decrypted “using techniques that ‘cannot be disclosed for security reasons’, though ‘sources said they now have the technical expertise to repeat the process in future.'” The Economic Times reports: U.K. security services have managed to decode the last message sent out by Khalid Masood before he rammed his high-speed car into pedestrians on Westminster Bridge and stabbed to death a police officer at the gates of Parliament on March 22. The access to Masood’s message was achieved by what has been described by security sources as a use of “human and technical intelligence”… The issue of WhatsApp’s encrypted service, which is closed to anyone besides the sender and recipient, had come under criticism soon after the attack. “It’s completely unacceptable. There should be no place for terrorists to hide. We need to make sure that organisations like WhatsApp, and there are plenty of others like that, don’t provide a secret place for terrorists to communicate with each other, ” U.K. home secretary Amber Rudd had said. Security sources say the message showed the victim’s motive was military action in Muslim countries, while the article adds that though ISIS claimed responsibility for the attack, “no evidence has emerged to back this up.” Read more of this story at Slashdot. 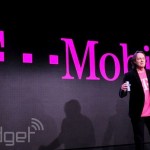 Physicists Figure Out How to Take Photographs In Near-Total Darkness