Hugh Pickens writes writes “Gosia Wonzniacka reports that farmers in Fresno County, California, supported by university experts and a $5 million state grant, are set to start construction of the nation’s first commercial-scale bio-refinery to turn beets into biofuel with farmers saying the so-called ‘energy beets’ can deliver ethanol yields more than twice those of corn per acre because beets have a higher sugar content per ton than corn. ‘We’re trying to reduce greenhouse gas emissions and to shift our transportation fuels to a lower carbon content,’ says Robert Weisenmiller. ‘The beets have the potential to provide that.’ Europe already has more than a dozen such plants, so the bio-refinery would resurrect a crop that has nearly vanished. The birthplace of the sugar beet industry, California once grew over 330,000 acres of the gnarly root vegetable (PDF), with 11 sugar mills processing the beets but as sugar prices collapsed, the mills shut down. So what’s the difference between sugar beets and energy beets? To produce table sugar, producers are looking for sucrose, sucrose and more sucrose. Energy beets, on the other hand, contain multiple sugars, meaning sucrose as well as glucose, fructose and other minor sugars, called invert sugars. To create energy beet hybrids, plant breeders select for traits such as high sugar yield, not just sucrose production. America’s first commercial energy beet bio-refinery will be capable of producing 40 million gallons of ethanol annually but the bio-refinery will also bring jobs and investment, putting about 80 beet growers and 35,000 acres back into production.” Read more of this story at Slashdot. 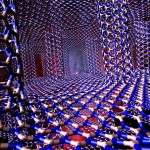