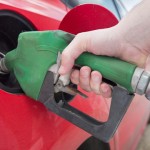 In what sounds more like alchemy than science, a small British company has figured out a way to create gasoline from air and water. To do so, engineers at Air Fuel Synthesis (AFS) produced five litres (1.3 gallons) of the fuel by extracting carbon dioxide from air, and hydrogen from water, which was then combined in a reactor with a catalyst to create methanol. This methanol was then converted into gasoline. More »

What’s Causing the Rise In Obesity? Everything.