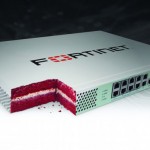 (credit: Fortinet) Less than a month after Juniper Network officials disclosed an unauthorized backdoor in the company’s NetScreen line of firewalls , researchers have uncovered highly suspicious code in older software from Juniper competitor Fortinet. The suspicious code contains a challenge-and-response authentication routine for logging into servers with the secure shell (SSH) protocol . Researchers were able to unearth a hard-coded password of “FGTAbc11*xy+Qqz27” (not including the quotation marks) after reviewing this exploit code posted online on Saturday . On Tuesday, a researcher posted this screenshot purporting to show someone using the exploit to gain remote access to a server running Fortinet’s FortiOS software. This exploit code provides unauthorized SSH access to devices running older versions of FortiOS. (credit: Full Disclosure mailing list ) This partially redacted screenshot purports to show the exploit in action. (credit: @dailydavedavids ) Ralf-Philipp Weinmann, a security researcher who helped uncover the innerworkings of the Juniper backdoor , took to Twitter on Tuesday and repeatedly referred to the custom SSH authentication as a “backdoor.”  In one specific post , he confirmed he was able to make it work as reported on older versions of Fortinet’s FortiOS. Read 4 remaining paragraphs | Comments