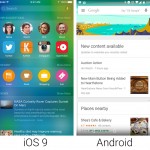 Apple announced iOS 9 on Monday, and while watching the keynote, I had just a little bit of déjà vu. Most of iOS 9’s new features seem to be squarely aimed at Apple’s biggest rival in mobile: Android. Specifically, they were about  catching up  to Android. Search improvements, proactive assistance, split screen, and transit directions? It’s been done, but the differences are the fun part, so we chased down the new iOS 9 screenshots and compared them to their Android counterparts. It’s not just about who copied whom; it’s also a chance to look at the different designs of the two operating systems. And hey, Apple isn’t the only one taking ideas from a competitor. Android M’s selectable app permissions are an exact copy of the iOS model. Siri and Search are chasing Google Now but hitting Google where it hurts The iOS 9 Search and Google Now screens. 8 more images in gallery iOS 9 adds a lot of “proactive assistant” and search features that were first seen on Android. The main search screen now looks a lot like Google Now, with cards showing various bits of information. Search differs from Google Now in that it shows suggested people and apps at the top, but the News and Nearby places are all Google Now. iOS search shows categories for Nearby places, while Google Now shows individual places with ratings and pictures. Read 19 remaining paragraphs | Comments

Read More:
Everybody copies everyone: iOS 9 features inspired by Android 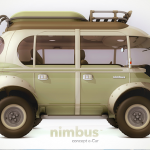 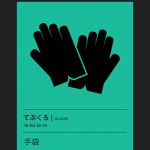