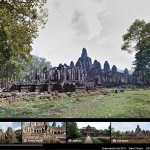 After touring the canals of Venice and braving the Polar Bear capital of the world, you can now visit the ancient temple complex of Angkor Wat in Cambodia… virtually, that is. The armchair adventurer’s best friend, Google Street View, now touts around 90, 000 panoramic images of the vast 12th century Khmer wonder. Google took photos of Angkor Wat’s glorious temples, sculptures and wall carvings, using both its Street View cars and its 40-pound backpacks called Trekkers , which Hawaii’s local government recently used to capture its beaches on film. To make the experience even fuller, Google’s also adding 300 exhibits of various Angkor Wat-related artworks to its virtual museum . Obviously, there’s nothing quite like admiring the complex’s architecture in person, but hey, this could be good enough for folks who can’t pack up and travel the world. Filed under: Internet , Google Comments Source: Google Maps , Street View 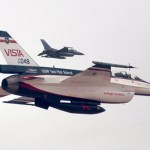