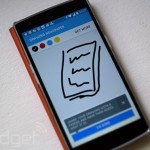 Facebook recently revealed that it would open up its Messenger platform to third-party apps , and we’re now seeing how you’ll be gaming on it. Facebook told TechCrunch that Doodle Draw is the first “true game, ” for Messenger — until now, it’s only permitted GIFs, audio and the like. I gave it a whirl, and it’s basically a social version of “Pictionary.” It suggests a word, then you draw it on the screen and share it on Facebook or privately to friends on Messenger. From there, they try to fill in the blanks and guess what it is. In short, it’s a droll simple game, exactly suited for a chat tool like Messenger. As TechCrunch pointed out, however, there is one worrying aspect to it. You can earn points by getting friends to participate, which might convince some folks to spam their contacts. So far, Messenger — which now has some 600 million users — has been relatively free of ads. In contrast, most of us have been bugged on Facebook by someone trying feed their Candy Crush addiction. Facebook has put a lid on that as of late , so hopefully they’ll keep a close eye on Messenger spam as well. Filed under: Gaming , Internet , Facebook Comments Via: TechCrunch Source: Google Play 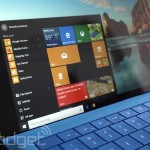 Almost half a million bucks worth of cocaine stuffed up nose...