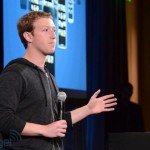 Facebook already gave us insight into the volume of US government data requests that it receives; it’s broadening that scope today by posting its first-ever Global Government Requests Report. The chart reveals that agencies worldwide made at least 25, 607 data requests in the first six months of 2013, targeting a minimum of 37, 954 users. Nearly half of the demands (11, 000 to 12, 000) were from the US; as before, Facebook can’t be more specific unless it’s allowed greater transparency . While the report doesn’t address concerns regarding NSA surveillance , it does show that Facebook isn’t simply rubber-stamping government activity. The company has denied many or all of the requests from some countries, supporting the social network’s claims that it limits the scope of data probes when possible. Filed under: Internet , Facebook Comments Via: Bloomberg Source: Facebook