Facebook’s plan isn’t a secret: Mark Zuckerberg wants to connect the world, be it through the website proper or a buzzy, expensive mobile messaging app. Breaking down communication barriers also means some of the company’s millions of users bump against local laws because of what they post, and Facebook’s second government transparency report offers a look at just how often that happens. These days, you can’t think of online censorship without thinking of Turkey. The Erdogan government just recently undid a country-wide ban on Twitter, but still hasn’t reinstated access to YouTube… despite what the courts have said . Between July and December 2013, Facebook restricted access to 2, 014 bits of content because they ran afoul of laws that prohibit “defamation or criticism of Ataturk or the Turkish state.” Think that’s bad? India was the leader in content restrictions with 4, 765, again because users shared things that criticized “a religion or the state.” India’s population is vastly higher than Turkey’s though, so it’s no surprise they’ve got more restrictions under their belts. But! If we look at the ratio of content restrictions and monthly active users in those countries (roughly 33 million in Turkey and 100 million in India ), then Turkey seems like the most censorship-friendly country on the list. That’s probably not a surprise to the people who live there. Facebook isn’t nearly as hands-on with content anywhere else: Pakistan is in distant third with 162 restrictions, with Ireland trailing it at 113. Meanwhile, the United States and the United Kingdom have had 0 and 3 cases of restriction, respectively. Naturally, there’s a lot more here to dig into. As usual, Facebook received 28, 147 government data requests from 81 countries between July and December of last year. A staggering majority (12, 598) were issued in the United States, and Facebook produced at least some user data in just over 81 percent of those cases. The social giant also the number of US national security data requests it received over those six months… sort of. Once again, the company got “between 0 and 999.” Not very telling, right? At least a few tech companies are fighting to be more transparent with this stuff — Twitter has basically said ranges that big are meaningless, and doesn’t mind taking the fight to court. Comments Source: Facebook 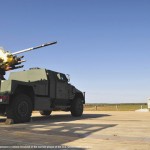 US Forces Will Soon Be Shooting DAGRs