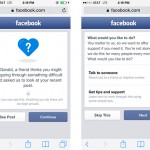 With over a billion users, Facebook plays an important role in keeping people connected. It serves as a place to share good news, but also provides a platform for users to request support from their digital peers. The company is keenly aware that it can assist users when there is a cry for help, which is why it rolled out an (lengthy) way to flag suicidal content back in 2011 . Now, it’s taking that one step further by introducing new tools to boost its suicide prevention efforts. From this week, Facebook will begin rolling out a new option inside each post that lets users flag when a friend may be considering self harm. The concerned party can click on the little arrow at the top right of a status and click “Report Post.” When that person logs in next, Facebook will then offer options to contact the person concerned about them, enlist the help of another friend or put them in contact with a suicide helpline. The social network has teamed up with mental health organizations Forefront, Now Matters Now, the National Suicide Prevention Lifeline and Save.org to make it easier for users to show their concern. The feature will be available initially to those in the US and Facebook says it will complete the rollout within the next couple of months. It’s also vowed to improve its tools for users in other parts of the world. Filed under: Internet , Facebook Comments Via: Time Source: Facebook 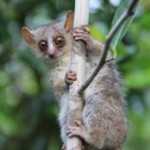 Meet some of the species we’ve found in 2016

Microsoft Urges Businesses To Get Off XP