Facebook will now show amber alerts in its news feeds to inform users about missing or abducted children. The social network launched the venture with the National Center for Missing and Exploited Children to deliver the information in specific, targeted search areas following an abduction. The alerts will appear on mobile devices and desktops with photos and other pertinent details, allowing you to share them with friends or link to the latest info. Facebook said it was inspired to add the alerts after missing children were recovered due to information posted independently by users. For instance, earlier this year a motel owner recognized an 11-year-old girl from such a post and helped police recover her unharmed. Once it receives and amber alert from police, the National Center for Missing and Exploited Children distributes them to Facebook, along with photos of the child, license plate numbers, the name and description of the child and abductor and any other relevant info. State and local law enforcement then determine the search area and send the alerts to your news feed if you live there. The item won’t trigger notifications, and you’ll only see them a few times a year at most, depending on where you live. Facebook now joins Google in highlighting amber alerts, meaning there’s now an extra 1.35 billion extra pairs of eyes helping spot abducted kids. Filed under: Internet , Facebook Comments Source: Facebook

Read More:
Facebook will alert you when kids go missing in your area 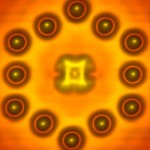 Scientists make a transistor from a single molecule