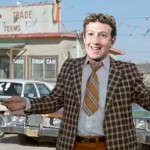 Facebook likes to experiment with little projects that could, someday, be as popular as Poking and Graph Search . One such project is enabling selected users to sell their unwanted items on the social network, in a move that’ll surely strike terror into the hearts of the folks over at Craigslist and eBay . New Zealand-based developer Indy Griffiths took to Twitter to reveal that he’d been given the option to sell an item to a group, with the button nestled next to the write post button. From there, users are required to fill in a form, providing a price, description, pictures and delivery options. Then the site pretties up the listing and makes it available for all others to see, like, comment and even purchase. Since this is just an experiment, only a few users will be able to try it out, and the site has already posted (and subsequently taken down) a support page saying that it’s not responsible for any of these transactions. Still, if Facebook’s not planning to fleece its users with extortionate sales fees, then it might just replace all those other sales-based sites and services in our hearts. Filed under: Internet , Facebook Comments Via: The Next Web Source: Indy Griffiths (Twitter) , Facebook Help