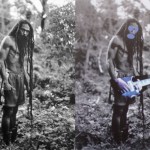 A Second Circuit Appeals Court judge has handed down a landmark fair use decision in Cariou v. Prince . Prince, a collagist, remixed some of Cariou’s photos and sold them for large sums. Cariou argued that the new works were not fair because Prince did not create his collages as a comment on the original (one of the factors judges can consider in fair use cases is whether the new work is a commentary or parody). The lower court agreed, and ordered destruction of the show catalogs and a ban on hanging the new works. But the appeals court overturned, and held that a use can be fair even when it doesn’t comment on the original. “We conclude that the district court applied the incorrect standard to determine whether Prince’s artworks make fair use of Cariou’s copyrighted photographs,” writes Judge B.D. Parker in the decision, which was released this morning. “We further conclude that all but five of Prince’s works do make fair use of Cariou’s copyrighted photographs. With regard to the remaining five Prince artworks, we remand the case to the district court to consider, in the first instance, whether Prince is entitled to a fair use defense.” “This decision absolutely clarifies that the law does not require that a new work of art comment on any of its source material to qualify as fair use,” attorney Virginia Rutledge told A.i.A. by phone this morning after a preliminary survey of the decision. “This is a major win for Prince on at least two counts,” NYU art law professor Amy Adler told A.i.A. via e-mail. (She consulted on the case but was speaking for herself.) “The court decided that artwork does not need to comment on previous work to qualify as fair use, and that Prince’s testimony is not the dispositive question in determining whether a work is transformative. Rather the issue is how the work may reasonably be perceived. This is the right standard because it takes into account the underlying public purpose of copyright law, which should not be beholden to statements of individual intent but instead consider the value that all of us gain from the creation of new work.” Richard Prince Wins Major Victory in Landmark Copyright Suit [Brian Boucher/Art in America] ( Thanks, Tim ! )

Read the original:
Fair use decision: remixing is legal even when there is no intent to comment or parody original work

Projection mapping on a moving surface with a high-speed projector