(credit: Bethesda) What’s stopped you from playing the original 1997 version of Fallout in recent years? Can’t find your old install CD? Too busy playing other games? Afraid to once again run into a deathclaw? Bethesda wants to fix that with a 20th anniversary gift: a free copy of the very first Fallout game. The giveaway is a Steam exclusive, so you can’t head to shops like GOG or Humble to claim a copy, but it’s otherwise as simple as logging in and choosing “install game” from its Steam store listing . As of right now, you have a little over 24 hours to claim the freebie, which expires at midnight Pacific time on Saturday, September 30. (That was the game’s exact release date in 1997, if you’re keeping score.) Sadly, no other games in the series have received a discount to honor the game’s birthday, and Bethesda has not timed any other new game or content releases to honor the date. You’ll have to wait until December 12 for the next big one: Fallout 4 VR , which will launch exclusively for the HTC Vive headset on that date for $59.99. (That price will likely only include that game’s core content, as opposed to  Fallout 4 ‘s “game of the year” edition that includes its extra DLC for free.) Read 1 remaining paragraphs | Comments 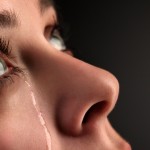