MikeatWired writes “It wasn’t ever seriously in doubt, but the FBI yesterday acknowledged that it secretly took control of Freedom Hosting last July, days before the servers of the largest provider of ultra-anonymous hosting were found to be serving custom malware designed to identify visitors. Freedom Hosting’s operator, Eric Eoin Marques, had rented the servers from an unnamed commercial hosting provider in France, and paid for them from a bank account in Las Vegas. It’s not clear how the FBI took over the servers in late July, but the bureau was temporarily thwarted when Marques somehow regained access and changed the passwords, briefly locking out the FBI until it gained back control. The new details emerged in local press reports from a Thursday bail hearing in Dublin, Ireland, where Marques, 28, is fighting extradition to America on charges that Freedom Hosting facilitated child pornography on a massive scale. He was denied bail today for the second time since his arrest in July. On August 4, all the sites hosted by Freedom Hosting — some with no connection to child porn — began serving an error message with hidden code embedded in the page. Security researchers dissected the code and found it exploited a security hole in Firefox to identify users of the Tor Browser Bundle, reporting back to a mysterious server in Northern Virginia. The FBI was the obvious suspect, but declined to comment on the incident. The FBI also didn’t respond to inquiries from WIRED today. But FBI Supervisory Special Agent Brooke Donahue was more forthcoming when he appeared in the Irish court yesterday to bolster the case for keeping Marque behind bars.” Read more of this story at Slashdot. 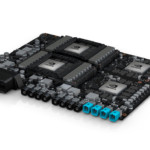