Sorry FBI, you can’t randomly hijack someone’s webcam. Stefano Maffei A federal magistrate judge has denied (PDF) a request from the FBI to install sophisticated surveillance software to track someone suspected of attempting to conduct a “sizeable wire transfer from [John Doe’s] local bank [in Texas] to a foreign bank account.” Back in March 2013, the FBI asked the judge to grant a month-long “ Rule 41 search and seizure warrant ” of a suspect’s computer “at premises unknown” as a way to find out more about this possible violations of “federal bank fraud, identity theft and computer security laws.” In an unusually-public order published this week , Judge Stephen Smith slapped down the FBI on the grounds that the warrant request was overbroad and too invasive. In it, he gives a unique insight as to the government’s capabilities for sophisticated digital surveillance on potential targets. According to the judge’s description of the spyware, it sounds very similar to the RAT software that many miscreants use to spy on other Internet users without their knowledge. (Ars editor Nate Anderson detailed the practice last month.) Read 10 remaining paragraphs | Comments

View article:
FBI denied permission to spy on hacker through his webcam 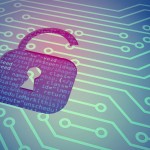 HipChat resets all passwords after hackers break in