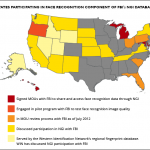 The EFF Jennifer Lynch is a senior staff attorney with the Electronic Frontier Foundation and works on open government, transparency and privacy issues, including drones, automatic license plate readers and facial recognition. New documents released by the FBI show that the Bureau is well on its way toward its goal of a fully operational face recognition database by this summer. The EFF received these records in response to our Freedom of Information Act lawsuit for information on Next Generation Identification (NGI) —the FBI’s massive biometric database that may hold records on as much as one-third of the US population. The facial recognition component of this database poses real threats to privacy for all Americans. Read 21 remaining paragraphs | Comments

Taken from:
FBI to have 52 million photos in its NGI face recognition database by next year 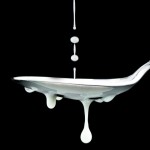 How to Keep Milk from Spoiling Without Refrigeration