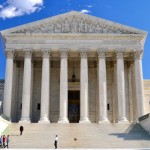 Flickr user TexasGOPVote.com While the rest of us were fretting about the Gmail outage on Friday , lawyers and those involved in the United States judicial system were concerned that uscourts.gov and other federal courts’ sites had been hit by a distributed denial-of-service (DDOS) attack. Also suffering an outage was pacer.gov , the “Public Access to Court Electronic Records” (PACER), a common way for lawyers and journalists to access court documents online. (That site, which normally charges $0.10 per page for documents, also has a free online mirror , known as RECAP.) Initially, a spokesperson for the Administrative Office of the US Courts told Politico on Friday that it was indeed a denial-of-service attack. A group calling itself the “European Cyber Army” initially also claimed responsibility on Twitter . Read 2 remaining paragraphs | Comments

Read the article:
FBI: US court websites went down due to “technical problems,” not DDOS