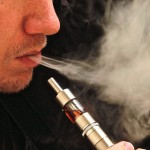 (credit: Flickr/ecig click ) The US Food and Drug Administration announced Thursday that it has extended its authority and will now regulate electronic cigarettes, hookah tobacco, cigars, and other tobacco products under the 2009 Family Smoking Prevention and Tobacco Control Act . The regulatory move, first proposed in 2014, is largely aimed at protecting kids from tobacco and nicotine products. The result is that e-cigs and the other products will now be subject to the same federal regulations as regular cigarettes. These regulations include some relatively uncontroversial rules such as a ban on selling e-cigs to minors (which some states have already done), requiring a photo ID to buy e-cigs, not selling e-cigs out of vending machines, and a ban on free e-cig samples. But the regulations also require that e-cigarette manufactures register with the agency and put any new devices through a pre-market regulatory approval process. By “new,” the FDA means any novel devices put on the market after February 15, 2007. Devices released before then will be grandfathered into the regulations. However, in the relatively young e-cig market, the vast majority of current products were introduced after 2007 and will be subject to the approval process. Read 6 remaining paragraphs | Comments 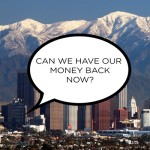 Scientists Are Redefining the Kilogram