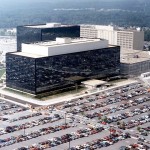 Wikimedia The federal government is pouring almost $11 billion per year into a 35, 000-employee program dedicated to “groundbreaking” methods to decode encrypted messages such as e-mails, according to an intelligence black budget published by The Washington Post. The 17-page document, leaked to the paper by former National Security Agency (NSA) contractor Edward Snowden, gives an unprecedented breakdown of the massive amount of tax-payer dollars—which reached $52 billion in fiscal 2013—that the government pours into surveillance and other intelligence-gathering programs. It also details the changing priorities of the government’s most elite spy agencies. Not surprisingly, in a world that’s increasingly driven by networks and electronics, they are spending less on the collection of some hard-copy media and satellite operations while increasing resources for sophisticated signals intelligence, a field of electronic spying feds frequently refer to as “SIGINT.” “We are bolstering our support for clandestine SIGINT capabilities to collect against high priority targets, including foreign leadership targets, ” James Clapper, director of national intelligence, wrote in a summary published by the WaPo . “Also, we are investing in groundbreaking cryptanalytic capabilities to defeat adversarial cryptography and exploit Internet traffic.” Read 3 remaining paragraphs | Comments

Microsoft wants to put data centers at the bottom of the...