George Maschke writes “In a case with serious First Amendment implications, McClatchy reports that federal prosecutors are seeking a prison sentence for Chad Dixon of Indiana, who committed the crime of teaching people how to pass or beat a lie detector test. Some of his students passed polygraphs and went on to be hired by federal agencies. A pleading filed by prosecutors all but admits that polygraph tests can be beaten. The feds have also raided and seized business records from Doug Williams, who has taught many more people how to pass or beat a polygraph over the past 30 years. Williams has not been criminally charged. I’m a co-founder of AntiPolygraph.org (we suggest using Tor to access the site) a non-profit, public interest website dedicated to exposing and ending waste, fraud, and abuse associated with the use of lie detectors. We offer a free e-book, The Lie Behind the Lie Detector (1 mb PDF) that explains how to pass a polygraph (whether or not one is telling the truth). We make this information available not to help liars beat the system, but to provide truthful people with a means of protecting themselves against the high risk of a false positive outcome. As McClatchy reported last week, I received suspicious e-mails earlier this year that seemed like an attempted entrapment. Rather than trying to criminalize teaching people how to pass a polygraph, isn’t it time our government re-evaluated its reliance on the pseudoscience of polygraphy?” Read more of this story at Slashdot.

Read the original post:
Feds Seek Prison For Man Who Taught How To Beat a Polygraph 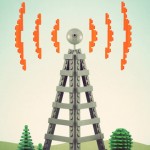 Verizon’s LTE Just Got Three Times Faster in a Bunch of...