OAKLAND, CA—Newly discovered court documents from two federal criminal cases in New York and California that remain otherwise sealed suggest that the Department of Justice (DOJ) is pursuing an unusual legal strategy to compel cellphone makers to assist investigations. In both cases, the seized phones—one of which is an iPhone 5S—are encrypted and cannot be cracked by federal authorities. Prosecutors have now invoked the All Writs Act , an 18th-century federal law that simply allows courts to issue a writ, or order, which compels a person or company to do something. Some legal experts are concerned that these rarely made public examples of the lengths the government is willing to go in defeating encrypted phones raise new questions as to how far the government can compel a private company to aid a criminal investigation. Read 29 remaining paragraphs | Comments 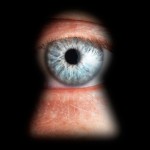 The Secret NSA Search Tips That Will Make You a Spy