The eldest son of Fidel Castro, 68-year-old Fidel Angel Castro Diaz-Balart, committed suicide after a months-long treatment depression. Living in Cuba, Diaz-Balart, also knows as “Fidelito,” was hospitalized for his depression but had been released for outpatient care. According to NBC : He was known for studying how to develop nuclear energy on the island of Cuba, according to his official bio from the Academy of Sciences. Diaz-Balart is the cousin of NBC News and Telemundo anchor Jose Diaz-Balart as well as current Rep. Mario Diaz-Balart, R-Florida, who is a staunch anti-Castro figure. His uncle, Raul Castro, has led Cuba since 2008 when he took over the role of president of Cuba from Fidel Castro — who ruled his island home beginning in 1959, antagonized 11 U.S. presidents and died in 2016 aged of 90. The way in which he killed himself has not been disclosed. https://youtu.be/icyD0xTIzQA

MuckRock Identifies The Oldest US Government Computer Still in Use 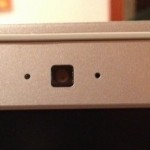