On December 18, 1987, developer Square released its first Final Fantasy title to the Nintendo Entertainment System/Famicon console. While Hironobu Sakaguchi thought it would be his last video game, the title was a financial success, leading to a continuous stream of sequels released on every gaming platform since then, including a surprising recent foray onto iOS with Final Fantasy XV Pocket . The first Final Fantasy was included on the recent NES Classic , too, if you were lucky enough to grab one before Nintendo discontinued making them. Now the publisher is known as Square Enix , and has since released 14 other main Final Fantasy games, with a host of spin-off games and crossover titles, as well. Games in the series tend to have deep (if confusing) plot lines, turn-based RPG mechanics and small groups of heroes bent on battling great evil while they learn more about each other as people in the process. The publisher is celebrating the title’s 30th anniversary with a ton of commemorative items that it’s been selling all year, including T-shirts, discounted Final Fantasy titles, plush dolls and, yes, even themed ballpoint pens. Whether you’re a long-time fan or just learning about the long-running, ironically-named series, you might enjoy browsing the memorabilia and remembering the first time you played a Final Fantasy title (mine was Final Fantasy Adventure on the Game Boy). Source: Square Enix 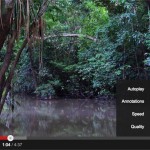