jones_supa writes “Mozilla has released Firefox 27 for Linux, Android, Mac, and Windows (download). One of the big changes is enabling support for TLS 1.1 and 1.2 by default. Firefox 27 also supports the SPDY 3.1 protocol. Developers got some new toys: support was added for ES6 generators in SpiderMonkey, the debugger will de-obfuscate JavaScript, and style sheets can be reset by using all:unset. Mozilla also announced some new social integration options. In addition to all these changes, the Android version got some UI improvements and font readability upgrades. For a future release, Mozilla is currently testing a new approach for Firefox Sync in Nightly builds. They recognized the headaches involved with how it works, and they’re now opting to use a simple e-mail and password combination like Google Chrome does. In the old system, users were forced to store an auto-generated authorization code, which, if lost, would render their bookmarks, passwords and browsing history inaccessible. ” Read more of this story at Slashdot. 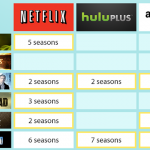