An anonymous reader writes “Mozilla today officially launched Firefox 28 for Windows, Mac, Linux, and Android. Additions include VP9 video decoding, Web notifications on OS X, and volume controls for HTML5 video and audio. Firefox 28 has been released over on Firefox.com and all existing users should be able to upgrade to it automatically. The full release notes are available. As always, the Android version is trickling out slowly on Google Play (Android release notes).” Mozilla also announced tools to bring the Unity game engine to WebGL and asm.js. Read more of this story at Slashdot. 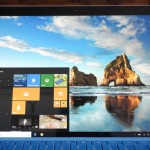 Windows 10 is on 75 million PCs after only one month