Hesh writes “The space-pirates themed Project Holodeck game is a VR game that is initially targeted for the Oculus Rift and will marry VR with a world so interactive and immersive that it feels like you can reach out and touch it. Ben Lang over at RoadToVR recently got a chance to sit down with the team and try it out. He came out extremely impressed with how immersive the experience was: ‘…at one point I needed to set the Razer Hydra controllers down to adjust my helmet and I nearly tried to set them down on a virtual table next to me. There was no table in real life — had I not quickly realized what I was about to do, I would have dropped the controllers straight onto the floor below.'” Read more of this story at Slashdot.

A New Bill Wants to Put an End to Ridiculous Airline... 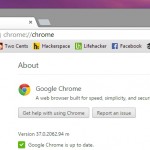