KentuckyFC (1144503) writes “One of the goals of neuroscience is to understand how brains process information and generate appropriate behaviour. A technique that is revolutionising this work is optogenetics–the ability to insert genes into neurons that fluoresce when the neuron is active. That works well on the level of single neurons but the density of neurons in a brain is so high that it has been impossible to tell them apart when they fluoresce. Now researchers have solved this problem and proved it by filming the activity in the entire brain of a nematode worm for the first time and making the video available. Their solution comes in two parts. The first is to ensure that the inserted genes only fluoresce in the nuclei of the neurons. This makes it much easier to tell individual neurons in the brain apart. The second is a new techniques that scans the entire volume of the brain at a rate of 80 frames per second, fast enough to register all the neuronal activity within it. The researchers say their new technique should allow bigger brains to be filmed in the near future opening up the potential to study how various creatures process information and trigger an appropriate response for the first time.” Read more of this story at Slashdot.

Excerpt from:
First Movie of an Entire Brain’s Neuronal Activity 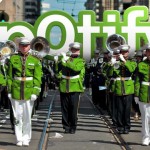