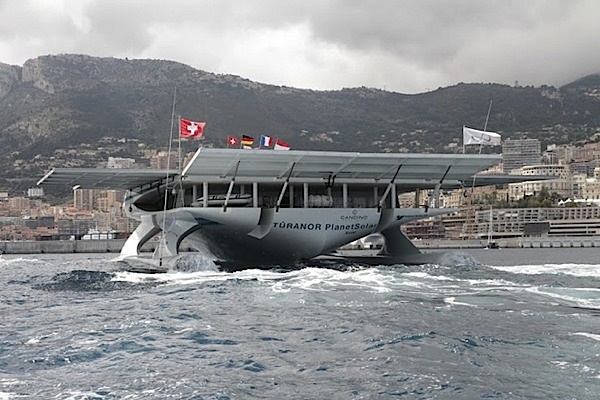 It’s been two years since we last heard of the 98-foot-long solar-powered boat, which at the time was gearing up for its big journey around the world. Well, some 19 months and 37,286 miles after setting sail from Monaco, the MS Turanor PlanetSolar has finally made it home. The PlanetSolar broke four Guinness world records along the way, including the all-important “first circumnavigation by solar-powered boat,” and it made stops on six continents to promote solar energy. Oh, and the team fended off Somalian pirates in the process, too. Now that it has a moment to catch its breath and soak up some rays at leisure, the MS Turanor could become any number of things — from the world’s largest solar battery to a “green luxury yacht.” The latter option would certainly befit its chichi home port.

First solar-powered boat to circle the world pulls into home port, contemplates next move originally appeared on Engadget on Fri, 04 May 2012 20:54:00 EDT. Please see our terms for use of feeds.

Taken from:
First solar-powered boat to circle the world pulls into home port, contemplates next move