For anyone using Windows 7 by way of Apple’s Boot Camp utility, beware: support for Windows via Boot Camp remains, but for the newest Apple laptops, it’s only for Windows 8 for now. From Slashgear: This applies to the 2015 MacBook Air, and the 13-inch model of the 2015 MacBook Pro. Windows 8 will remain compatible, as will the forthcoming Windows 10. The 2013 Mac Pro also dropped Boot Camp support for Windows 7, while 2014 iMacs are still compatible, along with 2014 MacBook Airs and 2014 MacBook Pros. For those who still prefer to run Windows 7 on their Macs, there are other options. This change to Boot Camp will not affect using the Microsoft operating system through virtualization software, such as Parallels and VMware Fusion. Also at PC Mag. Read more of this story at Slashdot. 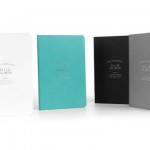 Taking Notes Will Feel A Lot More Biblical On Paper Made...