Lucas123 writes: The Alliance of Artists and Recording Companies is suing Ford and General Motors for millions of dollars over alleged copyrights infringement violations because their vehicles’ CD players can rip music to infotainment center hard drives. The AARC claims in its filing (PDF) that the CD player’s ability to copy music violates the Audio Home Recording Act of 1992. The Act protects against distributing digital audio recording devices whose primary purpose is to rip copyrighted material. For example, Ford’s owner’s manual explains, “Your mobile media navigation system has a Jukebox which allows you to save desired tracks or CDs to the hard drive for later access. The hard drive can store up to 10GB (164 hours; approximately 2, 472 tracks) of music.” The AARC wants $2, 500 for each digital audio recording device installed in a vehicle, the amount it says should have been paid in royalties. Read more of this story at Slashdot. 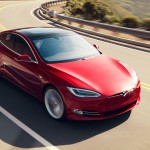