Over the last few months, China has been making plans and deals to wean its country’s cars off fossil fuels. In July, Daimler agreed to pair up with Chinese automaker BAIC to invest $735 million in EV infrastructure. Ford just entered its own venture, a 50-50 partnership with manufacturer Zotye Auto for a combined investment of $756 million to produce electric cars. Once the Chinese government approves the deal, the enterprise will build a manufacturing facility in the Zhejiang province to produce EVs under its new brand, Zotye Ford. As CNET points out, both parent companies signed an agreement back in August that paved the way for this partnership. “Zotye Ford will introduce a new brand family of small all-electric vehicles, ” Ford group VP Peter Fleet said in the statement . “We will be exploring innovative vehicle connectivity and mobility service solutions for a new generation of young city-dwelling Chinese customers.” While China hasn’t set a specific deadline to ban fossil fueled cars, as France and UK expect to phase out by 2040, the clock is ticking. Foreign automakers have two choices: Pay a hefty 25 percent import tax on vehicles or partner with a local company to produce cars in the country. This gives manufacturers like Zotye experience (though that company in particular already produces electric and battery-powered vehicles) while granting outside conglomerates access to Chinese markets. Companies are making deals to get a slice of the country’s EV pie ahead of time because, while its ratio of car owners is low (one in five people), China’s 1.4 billion-person population means nearly 300 million vehicles currently on its roads. Source: CNET

Read the original:
Ford will build EVs with Chinese automaker in $765 million deal 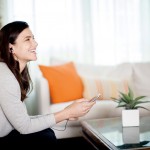