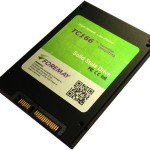 It’s been relatively easy for awhile to get a solid-state drive with 2TB or more of storage — if you’ve been willing to buy a large PCI Express card , that is. Foremay is bringing that kind of capacity to a more portable form. It claims that both its TC166 (for end users) and SC199 (industrial) drives are the first to stuff 2TB of flash memory into a 2.5-inch SATA enclosure. The 9.5mm thickness should let them fit into many laptop hard drive bays and space-sensitive machinery without having to give up all those valuable extra bytes. Before reaching for a credit card, however, we’d warn that there aren’t many details so far — we don’t know the performance, or how much it costs to buy either model. We’ve reached out and will get back if there’s firmer details, but at least corporate customers who want speed and ample storage in one drive will be glad to hear that Foremay’s new SSDs are already in mass production. Continue reading Foremay claims to have the first 2TB, 2.5-inch SSDs Filed under: Storage Comments Source: Foremay (1) , (2)

Read the original post:
Foremay claims to have the first 2TB, 2.5-inch SSDs 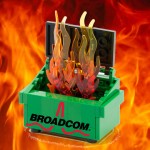 Poisoned wifi signals can take over all Android devices in range,...