New submitter giveen1 writes “I recieved this email as a former Demonoid.me user. I tried to go to the website and link is dead. … ‘Dear Demonoid Community Member, We have all read the same news stories: The Demonoid servers shut down and seized in the Ukraine. The Demonoid admin team detained in Mexico. The demonoid.me domain snatched and put up for sale. The Demonoid trackers back online in Hong Kong, but then disappearing. … Now for some good news: The heart and soul of Demonoid lives on! Through an amazing sequence of unlikely events, the data on those Ukrainian servers has made its way into the safe hands of members of our community and has now been re-launched as d2.vu.'” But it turns out that the site was distributing malware, hosted on an American VPS, and quickly shut down after the provider discovered this. No word yet on how the Demonoid user database was acquired, but if you did make the mistake of trying to log in Torrent Freak warns: “New information just in suggests that if you logged into the fake Demonoid and used the same user/password combo on any other site (torrent, email, Steam, PayPal) you should change them immediately.” Read more of this story at Slashdot. 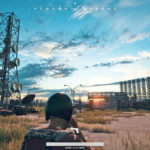