An anonymous reader writes: Reuters reports that two former employees of Moscow-based Kaspersky Lab faked malware to damage the reputations of their rivals. The alleged campaign targeted Microsoft, AVG, Avast, and others, tricking them into classifying harmless files as viruses. The ex-employees said co-founder Eugene Kaspersky ordered some of the attacks as retaliation for emulating his software. The company denied the allegations, and Kaspersky himself reiterated them, adding, “Such actions are unethical, dishonest and their legality is at least questionable.” The targeted companies had previously said somebody tried to induce false positives in their software, but they declined to comment on the new allegations. “In one technique, Kaspersky’s engineers would take an important piece of software commonly found in PCs and inject bad code into it so that the file looked like it was infected, the ex-employees said. They would send the doctored file anonymously to VirusTotal.” The alleged attacks went on for more than 10 years, peaking between 2009 and 2013. Read more of this story at Slashdot. 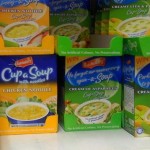