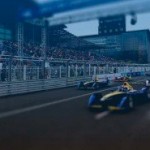 Add / Remove There has been much talk about driverless cars, and we’re seeing an abundance of assistive driving technology, such as this software for car-to-car communication . To demonstrate just what driverless cars are capable of, electric vehicle racing series Formula E have partnered with Kinetik to announce the world’s first driverless car race. The Roborace, scheduled for the 2016/17 season, will involve ten teams using the same basic driverless vehicles — the challenge will be in developing the competitive software. Teams will develop artificial intelligence that must be capable of dealing with real-time obstacles, overtaking maneuvers, and weighing up risk and reward scenarios. The races will take place on Formula E circuits (which host e-vehicle races) in major cities around the world, with the aim of showcasing the performance and ability of driverless technology in the extremes of speed and risk. Besides the professional teams, at least one team is to be crowdsourced. Further details are set to be announced in early 2016. First person drone racing has already been around for over a year. How else can autonomous robotics be applied to sports? Website: www.roborace.com Contact: hello@roborace.com The post Formula E announce first driverless car championship appeared first on Springwise .

Facebook Is About To Hit The 1.5 Billion Monthly Active Users,...