An anonymous reader writes: “Veritaseum has confirmed today that a hacker stole $8.4 million from the platform’s ICO on Sunday, July 23, ” reports Bleeping Computer. “This is the second ICO hack in the last week and the fourth hack of an Ethereum platform this month. An ICO (Initial Coin Offering) is similar to a classic IPO (Initial Public Offering), but instead of stocks in a company, buyers get tokens in an online platform. Users can keep tokens until the issuing company decides to buy them back, or they can sell the tokens to other users for Ethereum. Veritaseum was holding its ICO over the weekend, allowing users to buy VERI tokens for a product the company was preparing to launch in the realm of financial services.” The hacker breached its systems, stole VERI tokens and immediately dumped them on the market due to the high-demand. The hacker made $8.4 million from the token sale, which he immediately started to launder. In a post-mortem announcement, Middleton posted online today, the Veritaseum CEO said “the amount stolen was miniscule (less than 00.07%) although the dollar amount was quite material.” The CEO also suspects that “at least one corporate partner that may have dropped the ball and [might] be liable.” Previous Ethereum services hacks include Parity, CoinDash, and Classic Ether Wallet. Read more of this story at Slashdot. 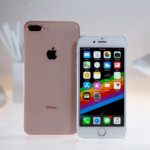 The iPhone 8 has a gigabit LTE modem (updated) 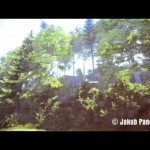