redletterdave (2493036) writes The largest private employer in all of China and one of the biggest supply chain manufacturers in the world, Foxconn announced it will soon start using robots to help assemble devices at its several sprawling factories across China. Apple, one of Foxconn’s biggest partners to help assemble its iPhones, iPads, will be the first company to use the new service. Foxconn said its new “Foxbots” will cost roughly $20, 000 to $25, 000 to make, but individually be able to build an average of 30, 000 devices. According to Foxconn CEO Terry Gou, the company will deploy 10, 000 robots to its factories before expanding the rollout any further. He said the robots are currently in their “final testing phase.” Read more of this story at Slashdot. 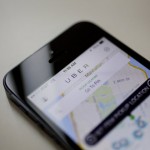