One of the first big secrets regarding Apple’s upcoming smartphone has been spilled. According to a report from Nikkei Asian Review, Foxconn, the firm responsible for assembling iPhones, is testing wireless charging modules for the iPhone 8. TrustedReviews reports: Citing ‘an industry source familiar with the matter, ‘ the report states the wireless charging feature could appear on the next Apple handset, but it depends whether the company can produce enough satisfactory units. The source told Nikkei: “Whether the feature can eventually make it into Apple’s updated devices will depend on whether Foxconn can boost the yield rate to a satisfactory level later on.” The yield rate refers to the ‘number of satisfactory units in the production of a batch of components, ‘ and if it’s found to be too low, the wireless charging feature could be left out of the iPhone 8 according to the report. It’s also claimed the wireless tech could make it into some versions of the iPhone 8 and not others. Nikkei is also reporting that Apple’s next gen smartphones are expected to arrive in three different sizes — 4.7-inch, 5-inch and 5.5-inch — all of which will come with glass-backed bodies. The Next Web reports: “Nikkei further suggests out of the three new iPhones will be a premium model with a curved edge-to-edge OLED display; the other two models will likely have standard LCD displays. Here’s what Nikkei’s source said: “Apple has tentatively decided that all the 5.5-inch, 5-inch and 4.7-inch models will have glass backs, departing from metal casings adopted by current iPhones, and Biel and Lens are likely to be providing all the glass backs for the new iPhones next year. Read more of this story at Slashdot. 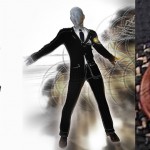