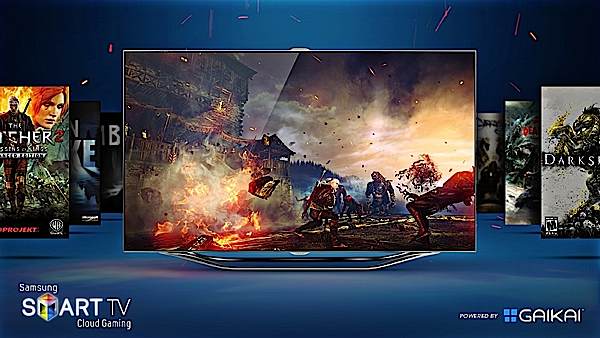 At this point, most people (in the tech world, at least) are quite familiar with Gaikai’s cloud gaming platform, which lets users have a not-quite-console quality gaming experience on any device. The technology has found its way onto Facebook and in LG TVs, and now Gaikai’s bringing gaming to Samsung TVs, too. Called Samsung Cloud Gaming (SCG), it’ll be available via the Smart Hub on Samsung 7000 series and up Smart TVs in the US this summer. The technology powering SCG is the same as what’s behind LG’s service, but Sammy’s customized the UI to suit its sensibilities. We got a chance to speak with Gaikai CEO David Perry about his company’s latest partnership, so join us after the break for more.

Update: Video hands-on added after the break. We also demoed the service playing Darksiders, and aside from some mild stuttering the button masher was smooth enough to play using a USB-connected controller. We’re told that the software we viewed isn’t final, so it may not reflect the final look.