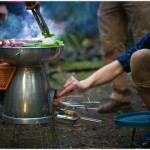 BioLite has been recharging smartphones, action cams and GPS units via camp stove fire since 2012, but now it’s offering a larger model that will grill enough grub to feed your entire crew. The BaseCamp stove offers the same heat-to-electricity conversion, but with a much larger cooking surface for grilling dinner (up to eight burgers at a time) for more than just a pair of weary hikers. The built-in power pack has been upgraded as well, generating 5W and storing power for juicing up devices during dessert alongside a UI that gauges temperature and displays the amount of electricity being generated. Need to use a pot to boil water? That cooking surface can wrangle the flame for optimal output with the flip of a lever. If all of that sounds too good to pass up, units are set to ship in September and you can one for $299 during the company’s Kickstarter effort. Filed under: Misc Comments Via: Uncrate Source: Kickstarter

Read the article:
Generate power to recharge gadgets while grilling with this camp stove 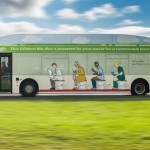 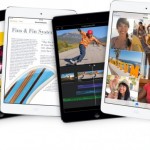 The ultimate tablet comparison chart, with the new iPads